by Sarah Hurst Transparency is one of the big differences between Alexei Navalny’s election campaign and Vladimir Putin’s, Navalny said on a video today, titled “Navalny vs. Putin: The Difference is the Money.” At the beginning of January Putin already claimed to have the maximum allowable amount of […]

by Sarah Hurst Volunteers at Alexei Navalny’s campaign headquarters in Cheboksary have filed an application to hold a rally on January 28 calling for a boycott of the presidential election. As local campaign coordinator Semyon Kochkin explained in a video published today, the election is merely Putin’s “re-appointment”, […] 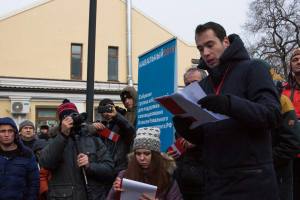 by Sarah Hurst Alexei Navalny’s campaign coordinator in Khabarovsk, Alexei Vorsin, was sentenced to 15 days in prison today after submitting an application to hold a rally on January 28 this morning. Vorsin wrote on Facebook that he was summoned to a hasty trial by “Centre E” – […] 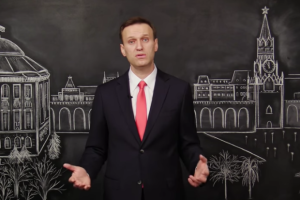 by Sarah Hurst Alexei Navalny has published a short New Year’s address to the Russian people in the style of the president’s annual address, but in front of a drawing of the Kremlin instead of the real one. Yesterday Russia’s Supreme Court upheld the Central Electoral Commission’s decision […] 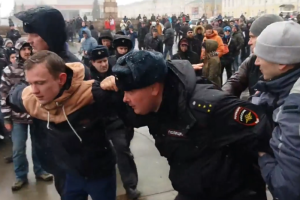 by Sarah Hurst A protester who participated in the “Don’t Call Him Dimon” anti-corruption rally in Russia’s northwestern city of Petrozavodsk on March 26 has been given a one-year suspended sentence with two years of probation for allegedly injuring a policeman. 33-year-old Yevgeny Vladenkov, an insolvency practitioner, can […]

by Sarah Hurst Opposition activist and Moscow local legislator Ilya Yashin was detained today outside his home because he organised an unauthorised rally on Sunday. Yashin tweeted that he was taken away by five police officers. On arrival at the police station his phone was confiscated and later […]

by Sarah Hurst Alexei Navalny has come out fighting in response to his election ban, calling for a nationwide protest on January 28. He is announcing the protest a month in advance to give authorities plenty of notice so that the “swindlers” can’t quickly set up festivals and […] 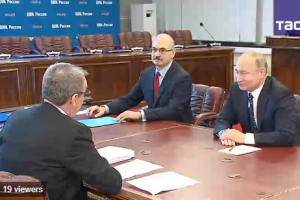 by Sarah Hurst After skipping his nomination meeting yesterday, Vladimir Putin came to the Central Electoral Commission today to hand over his paperwork to register as an “independent candidate”. The procedure was broadcast live by TASS and only lasted for a few minutes. Putin smiled a lot and […]

Navalny booted out of the election

by Sarah Hurst A day after submitting his nomination papers to Russia’s Central Electoral Commission, Alexei Navalny has been officially barred from the presidential election on March 18 on the pretext that he has a criminal conviction. Russia’s Constitution says that anyone who is competent and who is […] 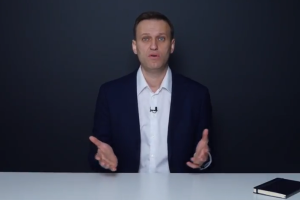 by Sarah Hurst Alexei Navalny has announced that he will hold 20 voters’ meetings in different cities on December 24 to put him forward as a candidate in the presidential election on March 18. According to Russian law there must be a gathering of at least 500 voters […]