by Sarah Hurst Alexei Navalny released a three-minute video today called “Why I’m better than Putin”. He focuses on the exorbitant price of electricity and takes Tambov Oblast as an example because four of his top campaigners there were jailed recently. The governor of Tambov Oblast, Alexander Nikitin, […]

By Sarah Hurst Alexei Navalny held three more election rallies this weekend, in Ivanovo, Kursk and Tambov. The Kremlin apparently wants to view some rallies to see how they go while at the same time maintaining pressure on Navalny himself and anyone who campaigns for him. Today several […] 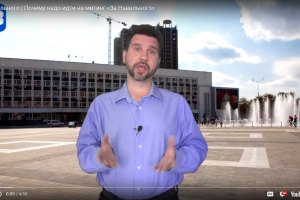