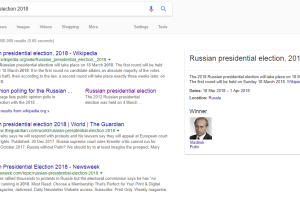 by Sarah Hurst “A strong president – a strong Russia” is Vladimir Putin’s election slogan, now gracing his new campaign website and billboards all over the country. Remarkably, with very little effort Putin has reportedly already collected 500,000 signatures in his own support, and will continue to collect […]