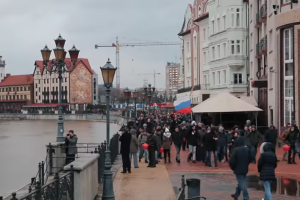 by Sarah Hurst Alexei Navalny has called on people to protest against the election in rallies across the country this Sunday, in a video published today called “First Step to Victory”. He showed images of mass protests against corruption all over the world, including in France, South Korea […]