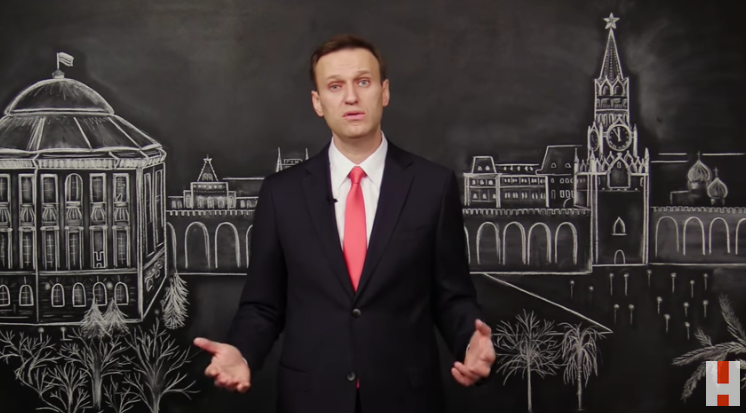 Alexei Navalny has published a short New Year’s address to the Russian people in the style of the president’s annual address, but in front of a drawing of the Kremlin instead of the real one. Yesterday Russia’s Supreme Court upheld the Central Electoral Commission’s decision to ban Navalny from the election on March 18 on the basis that he has been convicted of a crime.

“In the tradition of the New Year’s address I should say this was a difficult, hard year for the whole of Russia, and next year we’ll have to tighten our belts again,” Navalny said. But since he isn’t president, he won’t speak for the whole of Russia, he added. “For me this year was interesting,” he continued. “I spent it with you. I travelled around the whole country. I got to know and made friends with a huge number of wonderful, brave people. I worked with a great team. Some things we did worked and others didn’t. In 2018 we will try to do better.”

In Vladimir Putin’s address, which has just been broadcast in the Far East, the president asked people to forgive each other’s mistakes and insults and express their love for each other. With anti-government protests raging across Iran, Putin will have to hope that he will remain unbelievably popular in 2018. The alternative could be unpleasant to contemplate.